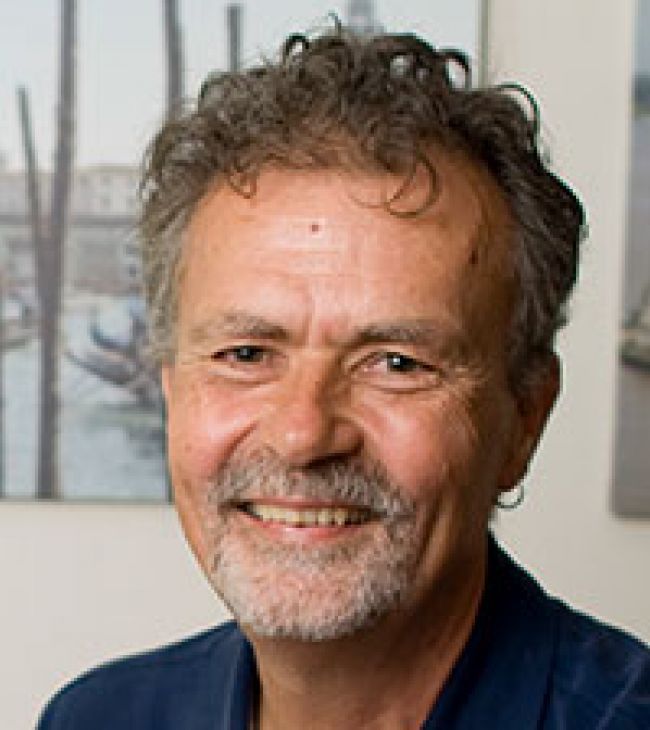 Larry Boles, PhD, CCC-SLP earned his bachelor of arts in English and master of science in communicative disorders from San Francisco State University. Dr. Boles had originally planned to be an English teacher; however, after attending graduate school he developed an interest in speech therapy. He earned his doctor of philosophy in speech and hearing sciences from University of Arizona in 1995. The individual who had the greatest influence on his career was his mentor at University of Arizona, Audrey Holland. Before joining the Pacific faculty in 2010, Dr. Boles taught speech therapy at University of Hawaii for over four years and at California State University, Sacramento for 11 years.

Dr. Boles is a member of the American Speech-Language-Hearing Association and the California Speech-Language-Hearing Association. From 2008 to 2010 he served as President of the Asia-Pacific Society for the Study of Speech, Language and Hearing. What he loves about teaching at Pacific is the opportunity to watch students grow. He enjoys the challenge of making course material that many students find unenjoyable or difficult more palatable. His goal as Graduate Director is to continue to develop a program that attracts and nurtures students who will go on to become leaders in their field.

What originally led him to pursue his current field of study was a fascination with post-stroke aphasia. Aphasia is a condition that robs people of the ability to communicate and can affect one's ability to express and understand verbal and written language.

Dr. Boles has provided one-on-one therapy sessions to thousands of clients who have been affected by aphasia over the course of his career. Every semester he mentors three or four students in the Pacific Aphasia Conversation Team, a therapy group for people with aphasia. His current interests are couples therapy for people with post-stroke aphasia and predicting success in graduate school.

Dr. Boles is a California native from Danville. What he appreciates most about Pacific is the beautiful campus, the support staff and the great diversity of students. One of his hobbies is growing and caring for bonsai trees. Dr. Boles enjoys listening to blues music and playing the guitar. He also loves to travel and experience other cultures. He especially enjoys trying different Asian cuisines; Thai and Chinese are his favorites. He and his wife have two adopted daughters from Taiwan.

PhD in Speech and Hearing Sciences, University of Arizona, 1995

Teaching Philosophy: “I like to help people help themselves. Showing and interacting seems more important than telling.”

Aphasia Couples Therapy: “Making use of a significant other as the therapist in helping people with post-stroke communication difficulty.