Neel Prasad | University of the Pacific Skip to main content 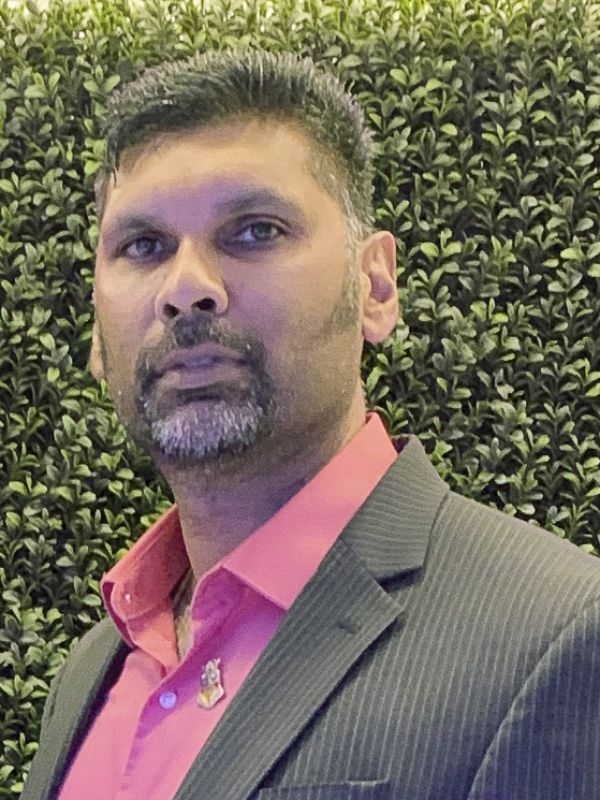 Neel Prasad '96, PharmD earned his doctor of pharmacy from University of the Pacific in 1996. Since 2000 Dr. Prasad has worked for Target/CVS Health where he has held multiple positions in various roles. For 17 years he was involved in the School's PharmD program in the role of preceptor. Dr. Prasad was awarded the 2016 Preceptor of the Year for the Modesto Region. He became a faculty member and regional coordinator in 2016.

While a student at Pacific he was actively involved in Kappa Psi and he has kept in touch with his brothers over the years. Dr. Prasad is actively involved in his community in a number of ways. He has served on many community projects organized by Target, including volunteering at park clean ups, food banks and reading programs. He is also proud to be a part of Modesto's thriving Hindu community.

In 1996, he graduated from Pacific, got married and started working as a pharmacist. Dr. Prasad and his wife are originally from the Fiji Islands. Along with their two sons they love to travel as a family. His wife's family still lives in Fiji and they visit every few years. Dr. Prasad has spent time in New York, Washington DC, Minneapolis, Canada, India, Singapore, Australia and New Zealand. One of the reasons he loves to travel is the chance to try new foods. Dr. Prasad is also a sports enthusiast and his favorite teams are the Los Angeles Lakers, Oakland A's, New York Yankees and Washington Redskins.

PharmD, University of the Pacific, 1996