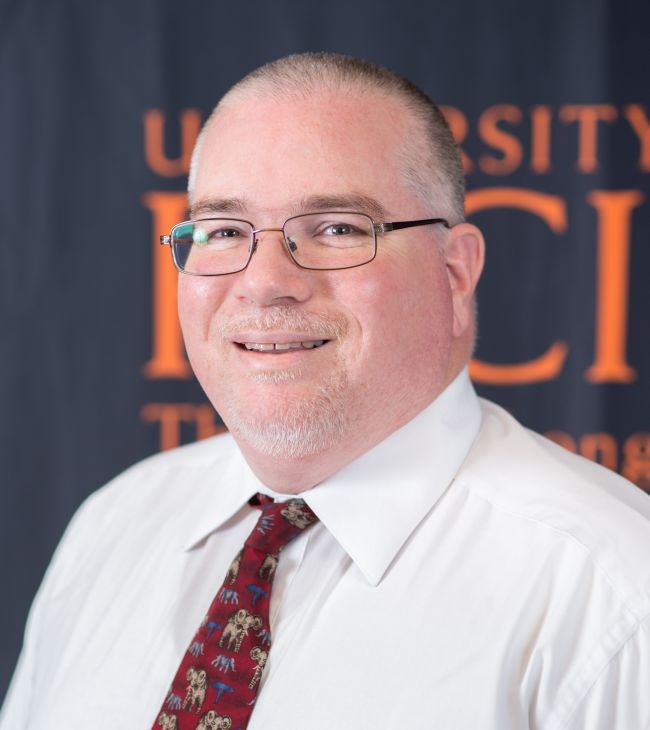 Dr. Russu's passion is for teaching chemistry in the context of pharmacy, which forces the students to think about chemistry from a new perspective. He hopes that when his students discover the practical application of chemistry it will cause them to have a greater interest in the subject. His goal is to provide valuable experience to students through practical research opportunities. The focus of his research is drug discovery for cancer and it is his aim to share those advances with the broader scientific community.

Dr. Russu is a California native and comes from a multicultural family. He is one of seven siblings, two of which were adopted from South America. He and his wife have six children, two biological children and four adopted children. He also loves scuba diving and being near the ocean.

Teaching Philosophy
"I see my role as a teacher providing the tools, knowledge and insight necessary to facilitate the active and responsible participation of the student in the learning process. I strive to help the student grasp and apply knowledge and concepts and to enlighten them as to their relevancy to the profession of pharmacy. ‘Learn by doing' is a unifying learning style that can benefit every student. It gives the student an opportunity to practice critical thinking, to use the skills that are being developed and assess progress. It also provides a sense of satisfaction that goals are being met and positive reinforcement for the student and instructor. In my courses I work toward a ‘learn by doing' methodology by providing in class problem solving, as well as discussion/lab sessions, self-assessment problem sets and quizzes. For some topics I provide outside reading material from texts, original research papers and my own topical narratives."

Research Summary
One research project concerns the design of drug molecules that target specific mutations in cancer cells in order to slow the growth of and/or kill the cancer cell. Another project attempts to design small pieces of a protein or peptides that can target and deliver toxic drugs specifically to cancer cells."